In 1963 film Les Carabiniers by Jean-Luc Godard, the warriors are bringing a suitcase of maps and postcards from various places as the prey of war and they tell to their women: “We have brought the wealth of the world”. Through the postcards and maps one learns geography, one seizes the world.

Postcards of various places in Yugoslavia and the world were used by informative program of Yugoslav Radio and Television as visual cover-up of telecasts lacking video from the spot. Through years they remained the same while the content of audio commentary started to change. 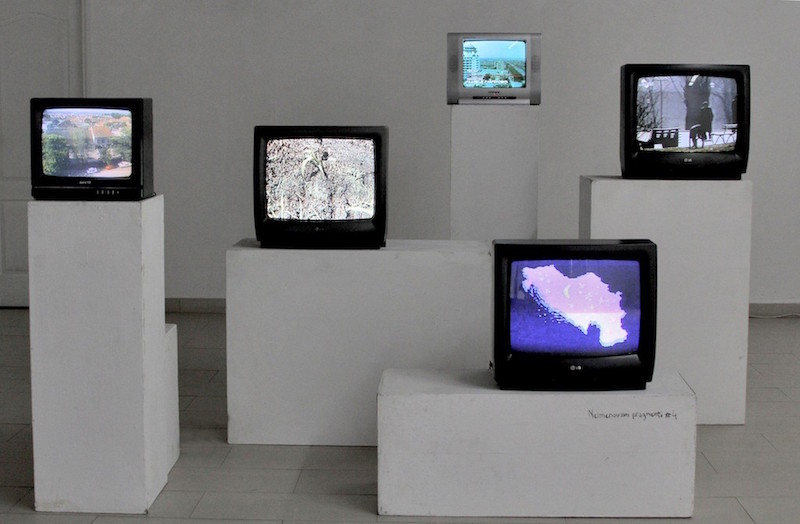 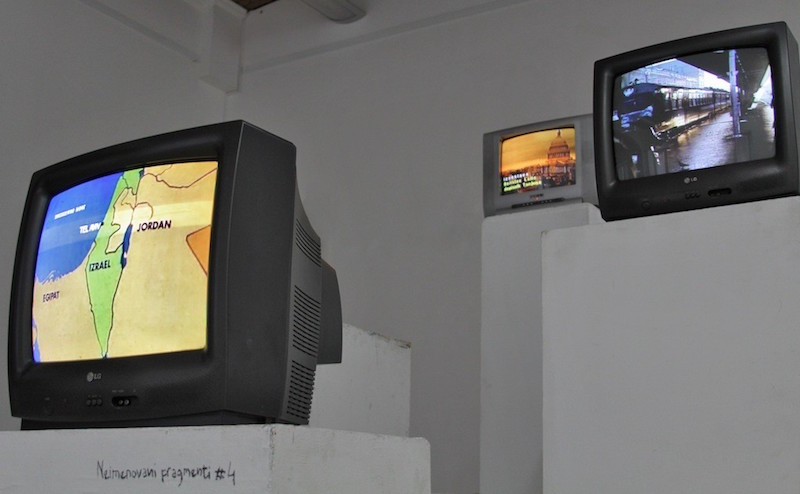